NPF: Officer Dismissed For Killing A Corp Member In Abuja

on July 06, 2018
The Nigeria Police Force has sacked one of its officers who shot and killed a 23-year-old female corps member serving in Abuja during a stop-and-search operation. 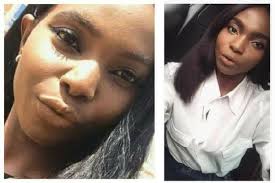 Linda Angela Igwetu was reportedly shot around 3am on Wednesday, a day before her passing out of the National Youth Service Corp (NYSC) programme on Thursday.

She was allegedly shot when she brought out her head through the sunroof of the vehicle, shouting for help and saying that she had been kidnapped.


In his own account of what transpired, the sacked police inspector claimed that he and his colleagues had flagged the vehicle down, but the driver refused to stop.

This, he said, compelled him to open fire on the vehicle and unfortunately hit the lady in question.
Miss Igwetu was rushed to Garki Hospital where she eventually died.

FCT Police commissioner, Sadiq Bello, who disclosed the dismissal of the inspector said, “Police have taken necessary measures as the policeman that opened fire has been arrested and necessary disciplinary procedures have been concluded.


“He has been dismissed from the Force and arraigned before a court of competent jurisdiction and he is currently on remand awaiting commencement of trial.” 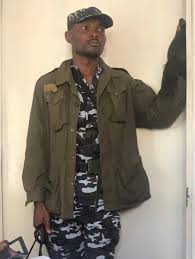 Bello, however, called for calm, saying, “I am appealing for calm and understanding from members of the public, particularly the family of the deceased, that at the end of the day justice will be done in this matter.

“The Nigeria Police, FCT Command, does not condone act of irresponsibility and incivility or outright criminality on the part of its officers and men; they have always been admonished to be civil to members of the public and be professional in the conduct of their duties.


“Furthermore, I wish to reassure residents of FCT that they should go about their lawful businesses without fear of molestation or harassment. Their peace and security is guaranteed at all times”, Bello added.
News security