OAU Students Lament: Our Lecturers Are Oppressing Us

Obafemi Awolowo University has been in the light of discussions ranging from "sex for marks scandal" to "ban on the student union activities" and many more issues. 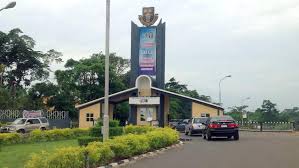 However,  it is a thing of concern that the lecturer student relationship is been taken to an entirely different level that should be cautioned.

Many people have raised opinion about the sex for marks scandal and it is a welcomed development that the management of Obafemi Awolowo University took the right steps in seeing that a person who is guilty of an offense is properly dealt with.

The case of professor Richard Akindele which was brought to public awareness by a student who was supposed to be a victim of his attempted scandal and this has got many students and parents talking about this established menace.

A concerned student who couldn't control  his emotions voluntarily woke his pen to address the irrational attitude of some lecturers on OAU campus.

One of the students who narrated his ordeal concerning his experience with one of the lecturers, the writer urged the managment of the university to curb such heinous act which can breed aggressiveness of the students .

"Today I was in the faculty of social sciences when I saw a lecturer, I was told his name is Dr Adedokun Experience from Economics department, who seized a phone from a student who was just passing through the corridor, he said it is because the student was seeing movie on it.

He asked if that is the reason why the student came to school. Till now, he has not released the phone and asking him to go and print all his results from part 1 for him to see.

The student is not even in the lecturer's department as he is from admin.  He also collected another student ID card that why was he wearing jean trousers and he will like to see his parent before he  can return the ID card.

Just last week, many students were chased out of class by a lecturer in a linguistics class because they did not have a particular text book.

Some lecturers are even denying students from classes because they did not pay departmental dues of their association. I am sure many things are happening and nobody is talking.

Two days ago, my friend was slapped and asked to kneel down   at health sciences. All these things will make students misbehave and retaliate if these lecturers are not warned.

Is it because there is no students union that everybody is now treating anybody anyhow? 😡 Town gboro will do their own, even landlords, okada likewise, even porters are saying that Angolas should be picking the floor for no reasons.

In Awolowo Hall, somebody said some painters and porters were assaulting them because they poured water outside, and that they just painted the walls. So students should go and brush and wash plates and cook in the toilet areas.  Bring back the students union o..sebi Dr IBK has left..what else?

Some other students also complain that lecturers intentionally mark students down in both exams and test.

In a further interview with a student of the department of psychology who narrated her ordeal with a lecturer, She said :

" I was in my department on a fateful day when a lecturer I have never seen before called me and demanded I follow him to his office.

I did as he ordered and when we got to his office he asked why I have so much makeup on my face , hmm...  A question I couldn't answer . I just stood there looking at him . Meanwhile I already knew where our conversation was heading. So he eventually asked that I help him to remove some pin he attached to some books on his table and after he asked for my name and when I told him he said he wanted to take me out that night and I should give him my number .
I told him I have a class going on and I promised to come see him later in the afternoon in his office to discuss when we can go out together 😂😂 ....
Since that day,  I have never stepped on the corridor of his office."

Many student have considered this irresponsible and tyrannical attitude of lecturers as been very absurd and unacceptable.

Lecturers who are supposed to act as parents and guardians to students have taken the role of rulers who use power at their pleasure.

The generality of the student is however implored to give Zero tolerance to any form of oppression coming from anyone vested in a position of authority.