See The List Of Nigerian Entertainers Who Live Weird Lifestyle

on July 21, 2018
The beauty of Nigerian entertainment industry is the kind of personalities it has produced over the years.While some might be seen as very controversial due to their attitudes, others are like the “thug life persona” of the greatest American rap king, Tupac. This Article explains it all. 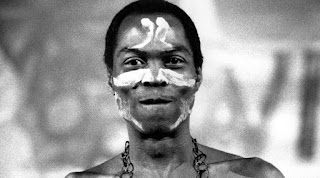 During the height of his popularity, he was often hailed as one of Africa’s most “challenging and charismatic music performer. Fela was a political giant in Africa from the 70s until his death.


Kuti criticised the corruption of Nigerian government officials and the mistreatment of Nigerian citizens.

He spoke of colonialism as the root of the socio-economic and political problems that plagued the African people. Corruption was one of the worst, if not the worst, political problem facing Africa in the 70s and Nigeria was among the most corrupt countries of the time.

The Nigerian government was responsible for election rigging and coups that ultimately worsened poverty, economic inequality, unemployment, and political instability, which further promoted corruption and thuggery.

Fela’s protest songs covered themes inspired by the realities of corruption and socio-economic inequality in Africa. Fela Kuti’s political statements could be heard throughout Africa.

He was jailed beaten and even threatened to be killed. But nonetheless, he continued his activism and made sure that politicians listened to what he was preaching.

Today, he is a prophet, not just to Nigerians or Africans, but to the young and old generations of the world. Little wonder Wyclef appreciated him in his song while people like Jay Z, Kanye West all hold him in high esteem.

Young Nigerian artistes today are following his footsteps with the Afrobeat genre of music which he originated. He is one of the most controversial entertainers and also one of the most loved by the world. 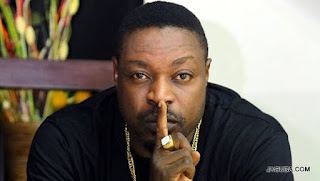 I will say after Fela, the next artiste that took over from where he stopped aside his children, is the “one man ranger” as he calls himself.

Abdulkareem, who performed with hip-hop band, The Remedies, from 1997 until they split in 2002 has continued as a solo artiste and released the album P.A.S.S. (“Pains And Stress = Success”) in 2002.

In 2004, Abdulkareem, released his third album “Jaga Jaga”, a Yoruba term for shambles, declaiming corruption and suffering in Nigeria.

The title track was banned from radio by President Olusegun Obasanjo, but continued to be played in nightclubs and various homes. The album cover was by artist, Lemi Ghariokwu, known for creating many album covers for Fela Kuti.


In November 2005, Abdulkareem launched his own record label, La Kreem Music and released his fourth album, Letter to Mr President.

The album’s title track addressed Obasanjo’s criticisms of “Jaga Jaga”; the album also featured “Flash Up Unu Lighter”, a tribute to Obasanjo’s wife, Stella, who died while undergoing surgery in Spain, and the victims of the Bellview Airlines crash of October 2005.

He released a sequel to “Jaga Jaga” in January 2012 during the Occupy Nigeria protest against lifting of fuel subsidies.

Eedris, once fought American rap artiste, 50 cent for looking down on him during a concert he was to perform in Nigeria because he was given more preferential treatment.

He fought for equality among entertainers in Nigeria and abroad and today, all artistes are always together with their foreign counterparts whenever there is a big show that involves them. He is positively controversial. Denrele is a Nigerian television host, whose work has been recognised with awards including The Best TV Personality. Denrele is known for his fashion style and personality.

He started his television career as an actor at 11 when he played a presenter/producer on Kiddievision 101 on NTA Network. As an undergraduate at the University of Lagos, he went into modelling, and after graduation, he joined Sound City as a TV presenter.

He has been called gay and other dubious names. But, his drive and passion for his calling has kept him going.

He is one of the most successful presenters in the whole of Africa and has used his style even though many would call him a woman-like man.

He once told me that he loves women and loves his job but will also continue doing what he does until he finds it necessary to quit. But his style has also drawn admiration from within and outside Nigeria, just as the controversies about his way of life will never stop. 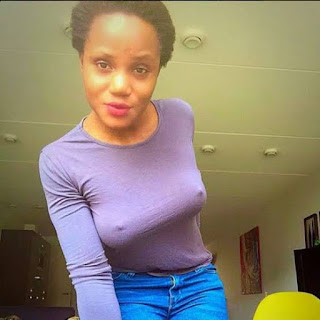 Caroline Sam, better known by her stage name, Maheeda, is the most controversial female singer Nigeria has ever known.

According to her, she began her musical career as a hip-hop singer but became a gospel singer after turning “born again”.

She is widely known for sharing raunchy photos on Instagram and making controversial remarks on issues and has been censored from the social media site on some occasions.

In 2014, she released her debut gospel track, “Concrete Love”, which she noted was inspired by God. She considers sex as having an uncontrollable supernatural effect on people, since despite being married and living comfortably; she still has the urge to sleep with men.

She describes Hell fire as a fiction of the imagination of Africans, and believes the government will be impacting the masses positively, if they legalise prostitution, especially since more developed countries are doing it.

She claims to get her musical inspiration from God, because God saw her through being a single mother till she got married then ventured into music professionally. 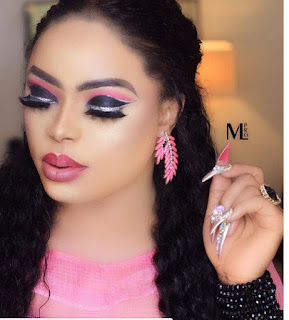 Okuneye Idris Olarenwaju aka Bobrisky became recognised by being highly controversial on social media. Bobrisky was able to gather traffic to his

Snapchat account when he claimed he had a lover, who is assumed to be of masculine gender, despite the Nigerian constitution at that point in time which made sure same sex relationships was an offence punishable by serving 14 years in a penitentiary.

Bobrisky, by virtue of his character, introduced into the Nigerian society, a set of ethics and morals, which are not aligned with the norm (social) of the nation, Nigeria as so, he has been received with mixed feelings as he has a fair amount of fans and critics alike.

On a notable occasion, a Nigerian presidential aide, for reasons best known to him, walked out on sight of Bobrisky at the residence.

The guy is not deterred and he is making his money and also has a mansion in Lekki where celebrities converge to celebrate with him. He is now often seen with Tonto Dikeh and one wonders if they are both an item. 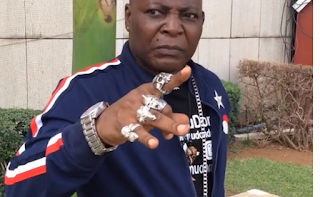 Charles Chukwuemeka Oputa, popularly known as CB, His Royal Punkness, and Area Fada ), is a Nigerian singer/songwriter, television presenter, publisher, producer, ex PMAN President , convener of “Our Mumu Don Do” and one of Nigeria’s most controversial entertainers, best known for his alternative lifestyle, political views, and media productions, most notably “The Charly Boy Show.” He was once president of the Performing Musicians Association of Nigeria, and in 2011, an Idol Series judge.

Charly Boy reportedly collapsed in Abuja, following inhalation of tear gas canisters shot at him and other protesters demanding that President Muhammadu Buhari resumes office or resigns if incapable of continuing his duties.

He has been following and championing different causes in Nigeria just like the “our mumu don do campaign.”

He is once linked with being to be a cultist following some photos that emanated from the media of him in a coffin, but he has since shoved away the claims. He was almost lynched in Wuse Market when he went on demonstration against the government.

He has slept in a coffin, posed naked and also seen in a photo with Derenle in a manner that suggested they were kissing. But with all these controversies, the ‘Area Fada’ has continued to do what he knows best.
Entertainment news