See The Reason Harrysong Gave Over N500k To His Fans

It is the season of giveaways for many fans of Samankwe crooner, Harrysong as the singer, in appreciation of his fans’ support for his new song, (Selense) has set aside half a million naira to lucky fans. 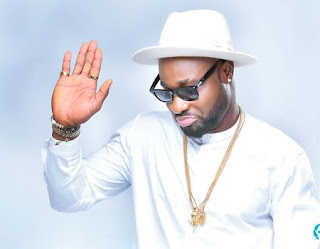 The giveaway which started last Thursday came as an exciting news to many of his followers on Instagram as most of them were quick to jump at the opportunity to be blessed by the music star.

The giveaway according to Harrysong, is another way of appreciating his fans for their unflinching support over the years, especially those that stood by him during the troubled times he endured.

As of Friday evening, more than N200,000 had been given out to fans with Harrysong promising that more would come, adding that “no amount is too much to appreciate those who believe in your talent. Those who love your music and never stopped showing you love.”

It will be recalled that Selense, which was released some weeks back, was remixed following Harrysong’s decision to stop promoting the first one after news emerged that Kizz Daniel, who featured on the original version was said to have subtly disrespected the Harrysong while delivering his verse.

There are also speculations and rumors that Harrysong is dishing out give aways because of his recent instagram feud with Tundeednut.
Labels: Entertainment Harrysong News