Sex For Marks Scandal: "She Trapped Me" - Prof. Akindele

on July 06, 2018
The Professor of Management Accounting at the Obafemi Awolowo University (OAU), Ile-Ife, Richard Akindele, who was recently dismissed for sexually harassing a postgraduate student of the institution, Ms. Monica Osagie, has said he was only trapped by the student. 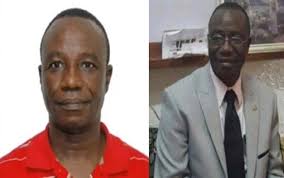 In his reply to query issued to him by the university, which was exclusively obtained by New Telegraph, Prof. Akindele explained that the five rounds of sex demand from Monica, as revealed by the leaked audio conversation between them, was a deliberate attempt to discourage the student and at the same time invite her to his office to obtain evidence.

The embattled professor, who also submitted screenshots of earlier WhatsApp conversations including nude pictures allegedly belonging to Ms. Osagie exchanged between them, said the student had, sometimes in November 2017, sexually harassed him in his office by pulling off her dress and revealing her body from chest to toes.

According to the WhatsApp messages presented by the lecturer, which New Telegraph also obtained through a source, Ms. Osagie had allegedly initiated conversation with the lecturer at about 5:52a.m. on Sunday, February 25, 2018, declaring her interest in the lecturer, and sent him seductive messages, including nude photos. Akindele wrote: “I know the lady in the audio recording to be an MBA regular student.

I recall sometimes in November 2017 when she came to my office in company of some of her other MBA students/colleagues to inform me they failed a course that I took with another lecturer and pleaded that they should be upgraded. But I informed them that it was not possible because the result has been submitted and approved by the department. 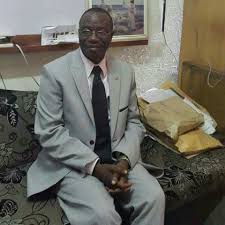 They left my office, but the lady returned alone to my office some few minutes after they had left begging me to upgrade her to an “A.” She confessed that she did not fail the course, but that she had two other courses in the Department that she failed (not any of which that I am involved) but that she would need an “A” in my own course to boost her CGPA to get to an average of 50 to enable her obtain an MBA Degree. “I promptly turned down her request.

She knelt down and held my legs pretending to be begging me, but was actually romancing me. I shouted at her to stop her madness, but she immediately stood up, raised her gown up to cover her face and I noticed she was not wearing any pant. “I was afraid she could shout to attract other people and it may be difficult for me to defend myself of sexual assault.

So I had to gently tell her to calm down and that we will do it five times on another day and place to which she agreed and gently left my office.

I had to do that to save myself from any possible accusation of sexual assault which may be difficult to prove if she had shouted on that day.

Of course, she attempted calling me at other times and seeing me after that day, but I kept avoiding her. “Since then, she kept sending messages to me regularly describing how good she is in bed and how badly she needs to sleep with me and get an “A” in the course, all of which I resisted.”

Akindele explained that the day the leaked phone call was recorded, he had deliberately played along because on the said day, two unknown vehicles with unidentified men and a lady suspected to be Ms. Osagie had trailed him from OAU campus to Moro Campus, where the MBA programme was being run.

He said: “On that fateful morning, I left my office on campus for Centre for Distance Learning (CDL), Moro to go for the MBA lecture. As I was driving out of the university, I noticed two vehicles following…
I was somehow scared and wondered what the occupants in the cars were up to. While still wondering, my phone rang and it was the lady in question calling, but I did not pick.

When the phone rang the third time, I picked and sensing danger with cars behind me, I decided to play along with her request, and that was what led me to demand five times of sex and for her to come to my office.

“I have evidence and proof that she Unclad herself and harassed me sexually and I have a Unclad picture she sent to my WhatsApp contact, pressing that she wanted to have sexual intercourse with me.

I have known this lady to be a bad behaved lady and as if she is a psychotic person….” Akindele said if truly he had wanted to sleep with the student, he would not have demanded five times of sex rounds at a go, saying dating a girl would not ordinarily begin with the request for five times. 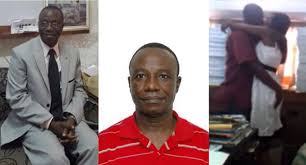 [b]The dismissed professor said it was only unfortunate that the girl was faster in implicating him. In the screenshots of WhatsApp messages of February 25 allegedly exchanged between Prof. Akindele and Ms. Osagie, which was exclusively obtained by New Telegraph, the conversations went follows:

Ms. Osagie: So ure awake by dis tym. Dis will b a good time to giv u a Mouth Gig

Ms. Osagie: Stop saying haa. So wen u are wit a woman u just climb on her nd finish?

Ms. Osagie: Dis one is ur assignment google and find out wat it means.

Then Prof. Akindele sent two pictures wishing her happy Sunday and saying good morning. But enraged by these messages from the lecturer, the student replied as follows:

Ms. Osagie: Are u kiddin me.
I thought u were goin 2 send me pictures of a man suckin a girl’s pussy while she sucks the man’s dick.