Tragedy In Lagos As Scores Die From Train Accident

Yet another tragedy in Lagos again as scores die from a train accident. 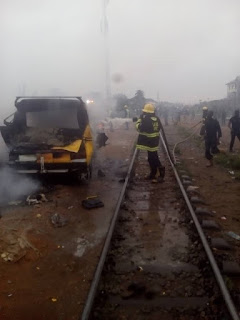 At least two persons have been confirmed dead and one injured after a train and a commercial bus collided in Agege, Lagos.

The incident which was reported by eye witness accounted that the bus was abandoned on the tracks and the train rammed into it with three people sitting on the train falling off.

It was gathered that the three victims were sitting atop the train when it veered upon sighting the bus from afar.

Witnesses said the deceased fell on the rail line and was shredded by the moving train, while the other two fell by the bus, losing some body parts. The train was said to have continued its journey, oblivious of the casualties.

Angered by the incident, hoodlums, it was gathered, set the bus ablaze as onlookers rushed the injured to nearby Orile-Agege General Hospital.

Below are pictures from the Scene : 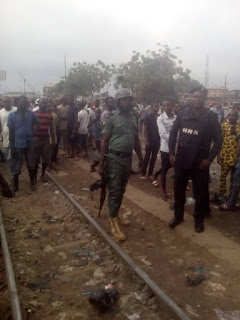 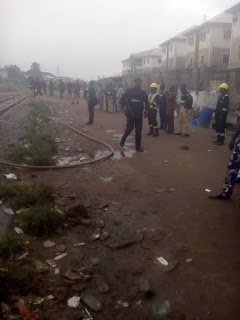 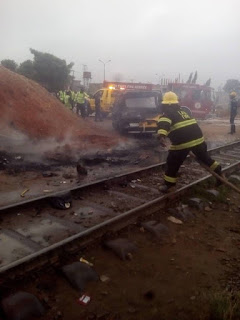 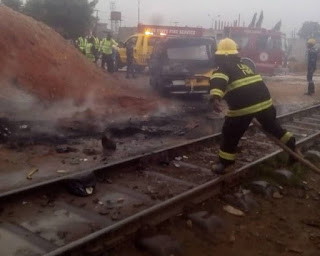