Two Dead One Injured As Structure Collapses In Ibadan

Two middle-aged men, on Saturday lost their lives, while another one sustained injurries after the fence of a residential building collapsed on them while they were digging the ground for the construction of a new fence in the same place. 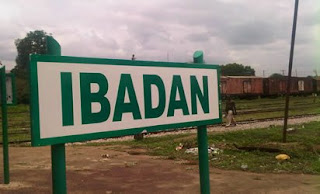 The plan, according to investigations by Sunday Tribune, was to pull down the collapsed fence after the new one, which is currently being constructed, had been completed.

Findings by Sunday Tribune revealed that the building was undergoing renovation. It was gathered that a septic tank repair and other construction work were going on inside the building when the fence, which was said to be in a state of dilapidation, suddenly collapsed on the workers outside the building.

One of the men was said to have died instantly. The second person who was taken to an hospital in the area, died before medical help could get to him. The third man, according to an eyewitness, was said to have been rushed to the University College Hospital (UCH).

It could not be established if he was still alive as of the time of writing this report, but eyewitnesses said it took the quick intervention of some men in the area to pull him out from the rubble.


Others, who spoke to Sunday Tribune revealed that the owner of the house, who is currently out of the country, planned to move into the building upon completion of the renovation.

Residents in the area who heard the sudden noise from the collapsed fence rushed to the scene only to find out that three of the workers had been trapped under collapsed the fence while their co-workers watched helplessly.

Some of them told Sunday Tribune that it was difficult to access the collapsed fence as those who were present at the scene when it happened did not know what to do.

Efforts were made by sympatizers to contact the families of the victims after the incident but further findings however revealed that the dead workers were said to have been brought in from Lagos.


When Sunday Tribune visited the scene, the mangled bodies of the workers were seen by the roadside as sympatizers besieged the area.

One of the residents, a former chairman of the landlords association, told Sunday Tribune that negligence on the part of the workers contributed to their untimely death as he confirmed that they had been warned against digging too close to the fence.

Another resident, whose house is not far from the building, said no one could tell what pulled down the fence, adding that some construction works had been going on in the building for about a week.

“No one could really explain how the fence went down. I saw the men digging this morning when I passed by. I warned them not to dig too close to the fence, as it could collapse if care was not taken. I was surprised when I suddenly heard noise from the building and found out that the men had been killed following the collapse.”

Sunday Tribune further learnt that bodies of the victims were later taken away by police officers from Ologuneru division.