Woman Jailed For Removing Her Hijab In Iran

on July 11, 2018
An Iranian woman, Shaparak Shajarizadeh, says she has been sentenced to 20 years in prison for removing her compulsory Islamic headscarf out of protest. 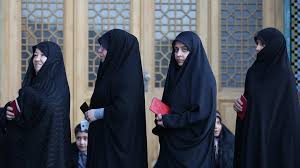 According to Independent.co.uk, Shajarizadeh said she had been jailed for “opposing the compulsory hijab” and “waving a white flag of peace in the street” in a post on her personal website.
However, her claims have not been confirmed by Iranian officials.
In February, police in Iran arrested 29 people for removing their headscarves as part of a campaign known as “White Wednesdays.”
Foreign News religion