Shocking Revelation Of What Women Use Maggie Cubes To Do

on July 21, 2018
In Congolese, women with big thighs and backsides are accepted much more than their slimmer counterparts. 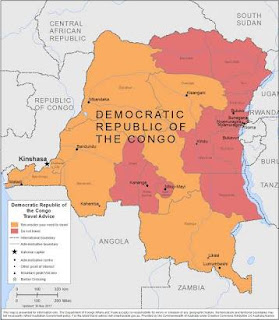 Some women with smaller body size feel out of place and would do just about anything to acquire curves, including anally ingesting  seasoning cubes!

According to a video shared on Twitter by Vice, Congolese women have discovered how to enlarge their backsides without spending so much on plastic surgeries.

In the video, a reporter for Vice – Hailey Gates – is filmed interviewing some Congolese women who have engaged in what doctors call “harmful practices”.

One of the ladies shared details of how the cubes are dissolved in water and ingested using a syringe.

The woman being interviewed revealed that she was introduced to the procedure by her friend and while her doctors have advised her to quit, the pressure of meeting up with societal standards of what classifies a woman as beautiful had led her to put her life at risk..

Below is the link to the video of how it is done :