on July 01, 2018
Mexico showcased terrific form for the first two and a half matches of the 2018 FIFA World Cup group stage. They opened the tournament with a 1-0 victory over Germany and then scored a 2-1 win over South Korea.

But El Tri closed pool play on a low note by allowing three second-half goals in a loss to Sweden.

Now they must bounce back quickly for a round-of-16 clash with one of the tournament favorites in Brazil. 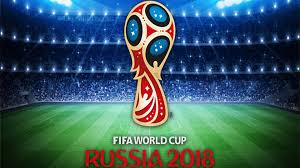 The Selecao cruised through group play with victories over Costa Rica and Serbia after starting their bid to win a sixth World Cup with a draw against Switzerland.

Also by 7:00pm today,  the Belgian team will be taking on the Japanese team. We should recall that the Japanese team battled Senegal last week to secure a place in the round of 16 and this was only possible by Fair Play because the duo of Japan and Senegal ended with the same point and goals.
Sports world Cup