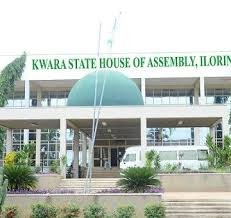 Yet again,  following the defection of the Senate President of Nigeria,  Dr. Bukola Saraki  and the incumbent governor of kwara state Abdulfattah Ahmed yesterday from the All Progressive Congress APC to The People's Democratic Party PDP yesterday,  reports just Came in that 23 members of the kwara state House of Assembly has defected from the APC to PDP.

The members announced their decision in the floor of the house in a joint letter read by the speaker of the house,  Rt Hon. Alli Ahmed on Wednesday.

The defecting members accused the ruling All Progressive Congress of factionalism at all levels of government.

However,  it's a general knowledge to the public that the defection of the lawmakers is initiated by that of their leaders ( Senator Saraki and Governor Ahmed ).

Also,  the National Publicity Secretary of the APC Bolaji Abdullah has tendered his resignation letter from the party.
It should be recalled that he denied rumors of him resigning from the party yesterday.
defection News party politics