5 Things That Will Make People Respect You More

Respect shouldn’t be demanded; it should be commanded. There are ways to command respect. You don’t go around trying to get people to respect you; no. 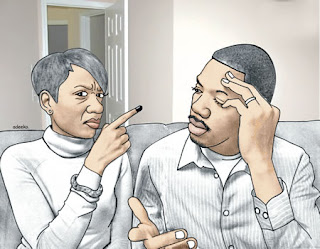 They respect you by virtue of what they notice in you—your idiosyncrasies, attitudes and characters. Here are ways to make people respect you:

Economists believe that a certain commodity loses its value when it’s rife; too much of something makes it less valuable.
If you want people to respect, if possible, you try not to show up too often.

Imagine if the President of Nigeria came to your house, you’ll feel a big person has visited you, however, his family members that see him everyday might not respect him as much as you do because you don’t see him everyday.

Always say less than necessary. Those who talk too much will invariably say something wrong. A person that can’t control his words can’t control himself, hence, such person isn’t worthy of respect.

Your appearance and action, attitude and choice of words all give people a hint on the kind of person that you are. You don’t act like a nonentity if you want to be respected; you act like a person of value.

By learning to listen well you develop your character because listening requires a bit of discipline. If you don’t listen to people before you speak, you lose their respect for you.

Your listening to them shows you’re not on the same level with them, hence you won’t fight with them over who’s going to speak first.

Your credibility hinges on what you do not want you to say. Anyone can talk, but it’s those that follow through on their words that really get respected.
Article lifestyle respect