The Independent National Electoral Commission has declared Ahmad Babba-Kaita as winner of the Saturday by-election held to fill the vacant Senate seat for Katsina North. 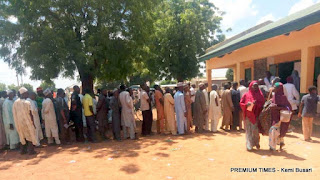 Mr Ahmad, a member of the House of Representatives, polled 224,607 votes to defeat his brother and closest rival, Kabir Babba-Kaita who had 59,724 votes.

Mr Kabir is the PDP candidate.

“That Ahmad Babba-Kaita of APC having satisfied the requirement of the law and scored the highest number of votes is hereby declared the winner and is returned elected,” he said.