on August 10, 2018
THE Academic Staff Union of Universities (ASUU), Lagos zone, Friday, said either the government of Oyo or Osun state should take ownership of Ladoke Akintola University of Technology (LAUTECH), Ogbomosho, so as to put an end to the problems confronting the institution. 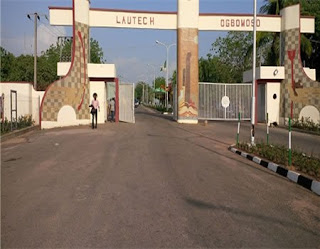 The position of ASUU was made known at a press conference held at the Federal University of Agriculture, Abeokuta (FUNAAB), Abeokuta, that the institution jointly owned by the states should not be allowed to rot away.

The South West Zonal Coordinator of ASUU, Prof. Olusiji Sowande, noted that the governors of the two states, Senator Abiola Ajimobi and Ogbeni Rauf Aregbesola, that one of the states must own the citadel of learning to address the issues of proper funding and finding end to the lingering crisis rocking the school.

Sowande explained further that progressive steps must be taken by the two governors in the interest of all and sundry.

ALSO READ: ASUU Warns On The Possibility Of An Indefinite Strike

Sowande ascribed bad politics as a factor responsible for the ownership crisis ravaging the smooth administration of the university.

He, therefore, disclosed that the union should not be blamed for further disruption of academics and other activities in the University after the two weeks warning strike, urging the two governments to do the needful.

He said the non-release of the report of Visitation Panel chaired by Chief Woke Olanipekun (SAN) set up to recommend lasting solutions for resolving the recurrent funding crisis in the university “shows that the owner state governments are not interested in permanently resolving the crisis.”

He lamented that the university ought to be the best in the country looking at its co-ownership status but it’s not.

“The two of them want the university but don’t want to fund it. Our recommendation is that one state should own it. Proper funding, adequate subvention from the government will restore the lost glory of the university.”

“LAUTECH is a very progressive University until the funding stopped. The two Government should do the needful.”