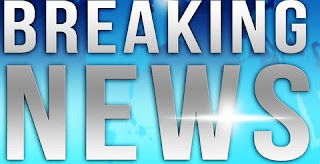 The retired CJ, who made the declaration at a political gathering held in his home town in Ogbagi-Akoko, Ondo State, confirmed that he has chosen to join the Labour Party as a resolve to rescue the downtrodden as well to fast track developments in Akoko which he described as the most marginalized part of the state.

Kumuyi, who retired from the Ondo State judiciary in 2017, revealed that over 1000 chieftains of the PDP as well as the APC, including house of assembly aspirant on the platform of APC had defected to the Labour Party.


In what he attributed to the “zero” performance of the Gov. Akeredolu administration in the state, which he said has led to the decision of many to join Labour Party, Kumuyi emphasized that residents of the state are finding it hard to survive as a result of the government’s lack of direction.

He maintained that the Coalition of United Political Parties, CUPP that includes the PDP, Labour party and SDP was one of the major strategies to unseat the ruling APC at the 2019 general elections.

The former CJ however called for caution, stressing that the coalition would only work if selfish political gladiators dropped their unnecessary ambitions for national interest.

Meanwhile, the former governor of Ondo State, Dr. Olusegun Mimiko, who was represented by his ex-deputy, Alhaji Lasisi Oluboyo, expressed joy that well-meaning indigenes of the state like the former Chief Judge were joining Labour Party.

Mimiko disclosed that many more were set to join the party from the PDP and APC in a bid to rescue the state and the country at large.
News Nigeria politics