Chelsea have told Real Madrid to pay a world-record £225m if they want to sign Eden Hazard. 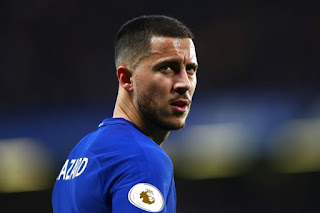 This development was revealed by English football presenter, Richard Keys.

And although Chelsea will be reluctant to do business, Keys said they have slapped a valuation on the winger.

“Chelsea are quoting Madrid £225m for Hazard,” said Keys, adding that “Courtois insists he wants to go as well.”