on August 03, 2018
A Minna Chief Magistrates’ Court on Friday ordered a 45-year-old woman, Aisha Ibrahim, to be remanded in prison custody for killing her granddaughter by throwing her into a pool of water. 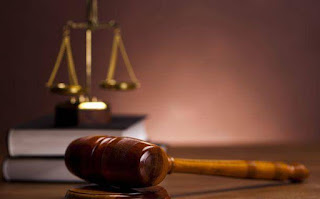 Ibrahim is facing   a one count charge of culpable homicide.

Police Prosecutor, Daniel Ikwoche told the court that the accused person’s son, Bello Ibrahim of Fulani camp in Rafi Local Government Area reported the matter at the station on July 19.

Ikwoche said the accused person took her son’s two -year-old daughter and threw her into a large body of water behind the house following a misunderstanding with the baby’s mother.

He said that the little girl sustained injuries and died in the water.

The accused person pleaded guilty, telling the court that she threw the baby into the water out of anger after her daughter-in-law slapped her.

The magistrate, Nasir Muazu, however, did not take her plea as the court lacks jurisdiction to entertain the matter.

He adjourned the matter till Aug.30 for further mention pending legal advice from the State Director of Public Prosecution.
Court murder News prison