An Argentine police officer has been promoted after a photo of her breast-feeding a neglected baby at a hospital while in uniform went viral. 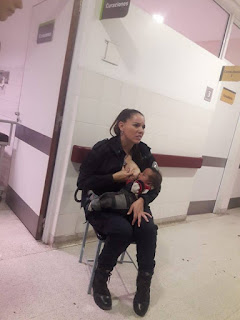 Celeste Ayala was among a team of officers who had taken six siblings into state custody on August 14th because of unfavourable conditions at home.

At the hospital where the children were being attended to, the youngest, about 7 months old was crying and Ayala requested permission from the hospital staff to breastfeed him.

“I didn’t doubt it for a second. So I pulled out my breast and he became calm,” Ayala, who is currently breastfeeding a 16-months old daughter told Argentine television show Cronica.

Ayala later met with Cristian Ritondo, the minister of security for the Province of Buenos Aires who notified her of her promotion to Sergeant. 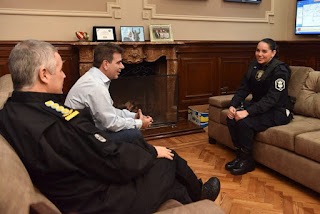 “Today we received Celeste, the officer who breast-fed a baby at the # LaPlata Children’s Hospital to notify her of her promotion. We wanted to thank him in person for that gesture of spontaneous love that managed to calm the baby’s cry. The police that make us proud, the police we want,”