on August 27, 2018
The Federal Government has approved N2 billion for the establishment of Nigerian Army University, Biu, Borno State. 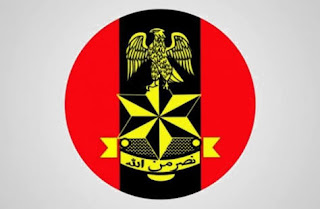 Baffa said approval for the funds was given by the Federal Executive Council, noting that the establishment of a university for the military was overdue.

“The FEC has approved N2bn for the establishment of the Nigerian Army university in Biu, Borno State. I also want to congratulate the Chief of Army Staff and the entire Nigerian Army in the tremendous successes that are being recorded in the fight against insurgency, militancy, rustling, brigandage and in the fight to keep Nigeria one.

“Congratulations for such huge successes that are being recorded and we will continue to see them record more success in their quest to keep us safe, to keep us being one,” the TETFUND boss said.

Buratai said the university would be tailored to meet the needs of the military and also develop the science and technology base of the nation.


Meanwhile, the Commonwealth Association of Technical Universities and Polytechnics in Africa has attributed the low industrial capacity and lack of industrialization to the inadequate technical and vocational education in Africa.

Secretary-General, Commonwealth Association of Technical Universities and Polytechnics in Africa, Dr. Olubunmi Owoso said this in Abuja on Monday at a conference to mark the 41st anniversary of CAPA with the theme, ‘Enhancing technical capacity and partnerships for industrial development in Africa.’

The conference, which was attended by delegates from over 20 countries, sought to redirect government policies and programmes towards technical and vocational education for job and wealth creation and the development of the member countries’ economies.
army Borno News security university