AHMED MAKARFI is the former National Caretaker Committee Chairman of the Peoples Democratic Party (PDP) and presidential aspirant on the platform of the party, Senator Ahmed Makarfi, has said that he would not defect from the party to another party elsewhere,  he should lose the bid to clinch the party’s ticket to run for the office of president in the 2019 general election. 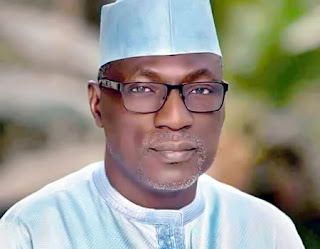 He gave the assurance on Saturday, during an interaction with  journalists at the Niger State Secretariat of the  party in Minna, adding that he alone did not have the sole right to the presidential ticket of the party, among other notable  aspirants, who are all presently going round the country to canvass for support for their presidential aspirations.

According to the erstwhile Governor of Kaduna State, “rather than defecting, he would retire from politics entirely if he failed to get the party’ s Presidential  ticket.

“I cannot contemplate defecting from PDP to another party; I will rather resign from politics, because I don’t believe in defecting”, the former Chairman Senate Committee on Appropriation stated.

He, however, said there was nothing wrong in politicians defecting to another political party as was witnessed recently when some stakeholders rejoined the PDP from the All Progressives Congress (APC), even as he denied media reports quoting him as warning his party executive on the manner of accommodating and integrating defectors into the party  in order to avoid implosion, saying his statement was misinterpreted.


“I made a statement in Lokoja which was somehow twisted; I’m 100 percent in support of those who defected. In fact, I predicted that after the APC convention, there will be a lot of defections. We are still expecting more people to join our party, but the challenge is how to manage this success. If we mange it well, it will be to our advantage. But if we failed to do so, there will be backlash and that is what I said,” he said.

Speaking at his Hilltop country home  in Minna, on Saturday while playing host to Makarfi who paid him a courtesy call, the former   said Makarfi restored his hope of a new Nigeria.

“Without fear or favour, you have made my day,” the elder statesman  stated in response to Makarfi’s earlier remarks that focused on some of the challenges bedevilling  the country and the ways to resolve them.


“We need a new narrative in this country. We can’t go on like we used to. We need an articulated vision of a new Nigeria. I am not surprised that you give such a narrative of the country. You did well in the legislature and you handled well one of the most civilised and sophisticated states in Nigeria.

“You have my blessings and I will look forward to hearing from you on some of these articulations,  I heard from you today. Honestly, I feel so proud.

“I was almost losing hope in the country. As a military man I wouldn’t. But having heard from the distinguished senator, I have become more enlightened and emboldened to say we have hope in Nigeria,” IBB told Makarfi.


Senator Makarfi had earlier told the former military president that while the issue of restructuring could not be overemphasized, it required to be driven by a leader who is trusted along tribal and religious lines, such that it would be a win-win situation for all parts of the country.

Meanwhile, Makarfi has debunked comments attributed to him over the status of defectors in the party.

It will be recalled, Makarfi was quoted as saying  genuine aspirants should be given equal opportunity to vie for elective positions in the party.
Labels: 2019 elections News politics