Governor Aregbesola Of Osun Begins The Payment Of Full Salaries

on August 15, 2018
The Chairman, Nigeria Labour Congress, Osun State chapter, Mr Jacob Adekomi, has said that the Governor Rauf Aregbesola administration has started paying full salaries to all categories of workers in the state. 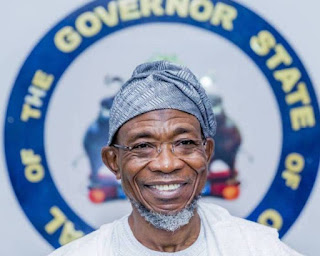 The NLC chairman said this in a telephone interview with newsmen in Osogbo on Wednesday.

Adekomi said local government workers and primary school teachers had started receiving payment alerts from their banks, adding that he had also received an alert of full salary for the month of July.

He said, “The state government has started paying us full salaries. But we are waiting for the payment of arrears of the balance of modulated salaries. We have already given them a 21-day ultimatum and we hope they will pay the arrears before the expiration of the ultimatum.

“Negotiation will soon commence and we are waiting for them to start paying us the arrears. But I can confirm that they have started paying us full salaries and I received the alert yesterday.”

But the Secretary of the 2011/2012 Forum of Retirees in the state, Mr Sola Olojode, said pensioners had yet to start receiving full pensions.

He said retirees went to the Head of Service, Dr Oyebade Olowogboyega, and were assured that they would be paid full pension for the month of July.


He said this while speaking with newsmen on the telephone.

Olojede said, “We went to the Head of Service two days ago and he assured us that we would be paid full pension for July. We will make noise again if we are not paid as they promised.

“He also assured us that those retirees whose N100, 000 cheques given to them bounced should present the cheques again. The cheques of N100, 000 out of millions of naira gratuities bounced. Can you imagine that? The cheques were given to teachers that retired through Teachers and Establishment and Pension Office.”

Meanwhile, Olowogboyega commended Aregbesola for the double promotions they received without examinations and the employment of thousands of youths into the Osun Youth Empowerment Scheme programme.

He also lauded the governor for the on-going conversion of workers from one cadre, adding that refurbishment of office equipment and necessary items for effective service delivery would be done soon.

Olowogboyega stated that arrears and leave bonuses would be paid, adding that the new promotion status of each worker would be reflected and not the former level, while the financial benefits attached to the promotion status would be fulfilled.