on August 01, 2018
Flash flood has killed a mother and her daughter in a rice farm in the Ayamelu Local Government Area of Anambra State.


The deceased, whose name was given as Mrs. Achebe, was said to have drowned alongside her daughter during a downpour.

The Anambra State Governor, Willie Obiano, disclosed this on Wednesday when he paid a condolence visit to the bereaved family.

While commiserating with the relations of the deceased, the governor presented the sum of N500,000 to the family.

He assured that the state government would be present during the burial.

Obiano also visited the rice farm which irate villagers allegedly destroyed following the death of the woman and her daughter.

Condemning the act, Obiano appealed to the people to stop taking the laws into their own hands in such circumstances.

He said, “Stop taking the laws into your hands. You should report such matters to the appropriate authorities for prompt action.”

He assured them of government assistance in the burial of their loved ones.

Speaking on behalf of the family, the traditional ruler of Nteje, Igwe Rowland Odegbo, thanked the governor for what he called “running a responsive government.” 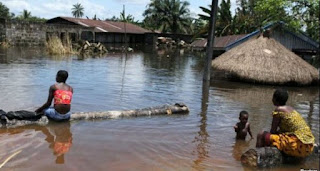