JUST IN: Another APC Governor Dumps Party For PDP

on August 01, 2018
The incumbent governor of Sokoto state in the person of Aminu Waziri Tambuwal has also announced his defection from the APC to PDP. 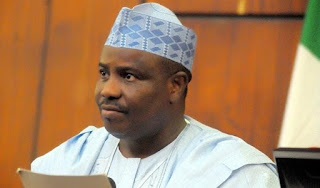 He made his defection known to the press few minutes ago as he announced it while addressing a group of people in Sokoto.

He is the third governor to have defected from APC to PDP within one week.