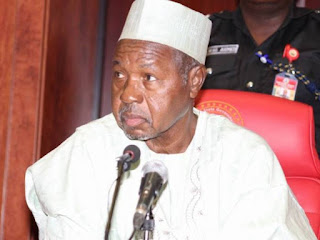 “This is to discourage parents from marrying off their girls when they are about 13 years old,” Masari explained this over the weekend when officials of the North-West zone of the Nigeria Union of Journalists (NUJ) visited him at the Government House.

According to Masari, as a further incentive to encourage the parents, the government gives N20,000 to every mother who sends her girl-child to the boarding school.


He argued: “with N20,000 she can afford to do small business in her room, to discourage her from marrying off her daughter at the age of 13 or 14 or sending her to hawk on the streets. It is through the hawking that the girls fall into wrong hands.

“We should encourage boarding for girls’ schools because of the attitude of our parents here in the north. The moment a girl is about 13 to 15 years old, we trend to marry her out.”