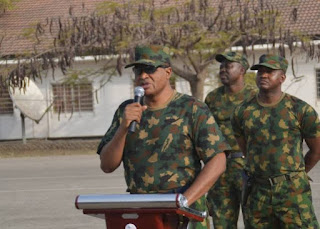 The troops rescued the hostages, two boys and two girls during a clearance operation at Maima village in Ngala Local Government Area  of the State.


In a statement signed by the Director of Army Public Relations, Brigadier General Texas Chukwu added that ‎a 36 hand grenade was also recovered during the operation.

He said that the rescued hostages  are  currently receiving medical attention at the military health facilities.

He reiterated the Nigerian Army's  commitment in rescuing all the hostages held by the Boko Haram terrorists .
abduction News Nigerian Army