Man Says " Chris Oyakhilome Is A Thief; He Runs His Church Like MMM"

Sunday Adelaja, founder of Embassy of the Blessed Kingdom of God for All Nation, has likened the lifestyle of Chris Oyakhilome of Chris Embassy to the popular ponzi scheme, otherwise known as MMM. 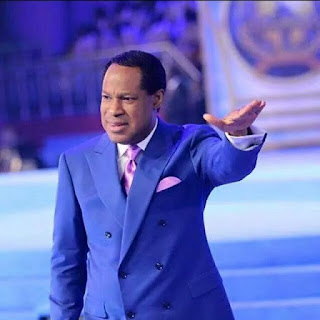 In a live video on Sunday, the Ukrainian-based controversial preacher pointedly accused Oyakhilome of preaching heresy and robbing his congregation.

“How can a pastor publicly say he can make people rich? That is MMM. He is only enriching his pocket.

“Just take a look at him, what he’s preaching,” he said.