Man Talks About How Don Jazzy Plotted His Arrest Twice

Singer Kelly Hansome while wishing his friend, Awwalbiu, a happy birthday on his instagram wall, narrated how his friend stood by him both in times when music producer and artist, Don Jazzy, orchestrated his arrest. 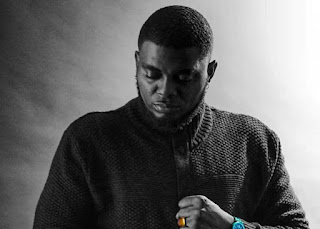 In the post he wrote “HBD to the most rugged Capo @awwalbiu. The two times our brother @donjazzy and his people orchestrated my arrest, one for making a cover to the song ‘Feeling Good’ and the other when they set me up with a stolen laptop in a quest to make me look like a fraudster.

“I was moved me from Kano where I was recording a campaign song for PDP to SARS Abuja and locked me up for no reason. This man and @areafada1 (Charles Oputa) made sure I was good.


“Two times people I know were implicated in dangerous cases and everyone fired except the ones who mentioned my name. They didn’t commit the crime but they were innocently chilling with the guys.

“Brother, brother, you are more than a friend. I salute you Capo. May this day bring you long life and great wealth. May you march and never fall. May evil forever lose the directions to your location and may God bless you and yours.”
Labels: Don jazzy Entertainment News