Men Of The DSS Take Over The National Assembly Complex, Barricades Entrance

on August 07, 2018
Men of the State Security Service (DSS) have taken over the National Assembly and prevented lawmakers, journalists and staff from entrance. 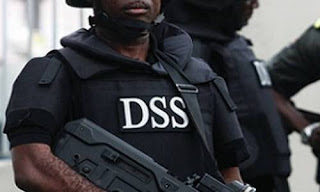 The DSS men who appeared battle ready took strategic positions at all the gates leading to the National Assembly premises.


While some of DSS men were masked, some are unmasked.
Senator Rafiu Ibrahim, one of the lawmakers blocked at the National Assembly entrace told journalists that :We're legislators and we're supposed to have access to our offices.

"The DSS came and blocked the whole entrance to the National Assembly and said it is orders from the above. We're here waiting to know who gave such orders.‎"


As early as 6.55am , DSS operatives took charge at the main entrance of the National Assembky in Three Arms Zone in Abuja thereby preventing a Senator, Rafiu Ibrahim, several workers and journalists from entering the complex. 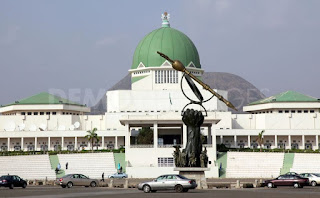 The leadership of the parliament is expected to meet at about noon later on Tuesday to deliberate on pending issues affecting the polity, especially the 2019 general elections and the N428 billion election budget proposal presented to the National Assembly in July by President Muhammadu Buhari.
National Assembly News politics