on August 06, 2018
Following the non-accreditation of some courses in the institution, The management of Obafemi Awolowo University (OAU), Ile-ife has blamed the National University Commission’s (NUC) existing regulation that does not allow for what it called back to back interim status. 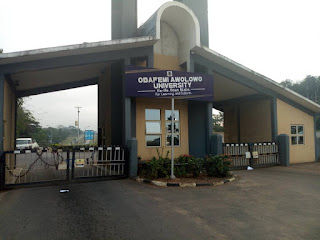 The Joint Admissions and Matriculation Board (JAMB) had announced that OAU candidates who applied to study Law, Dentistry, Fine and Applied Arts, Botany and Family Nutrition and Consumer Sciences for the 2018/2019 academic session should either change course or university due to non-accreditation by the National Universities Commission (NUC).

A statement released to newsmen yesterday by the public relations officer of the institution, Mr. Abiodun Olanrewaju stated that OAU and other affected institutions were denied accreditation because of the existing NUC regulation which does not allow for back to back interim status.

“There are 106 programmes in the University of which the five mentioned above have issues with accreditation. Although all these programmes actually had interim status during the last exercise.

“The University Management is working assiduously to address the issues raised by the NUC. It therefore has no doubt that the affected programmes will be restored hopefully in the forthcoming accreditation exercise slated for November, 2018.

We hereby use this medium to officially appreciate the Tertiary Education Trust Fund (TETFUND) for the prompt release of funds to upgrade the existing structures and facilities in the University.

OAU has been the talk of the town since the NUC deprived the institution from the accreditation of certain courses in the University which include law, Dentistry, Botany, Fine Art,  Family nutrition and Consumers Science.

Although many people don't expect this level of educational decay in the great OBAFEMI AWOLOWO UNIVERSITY.

This development has got so many people talking and from the survey and interactions carried on by newsthrill.com , the generality of the student are worried about the fate of the supposed "incoming students" whose hope and aspirations of studying their desired courses in the university has been shattered.

Many students have condemned the University for not meeting up-to the required standard as set by the regulatory body.

"However the much blame the public has casted on the University management,  we must bear in mind that this whole issue buoys down to the Failure of the Educational Institutions and Educational System which needs to be quickly addressed before more courses gets dis-accredited" a Student said.

The school management is urged to address the matter with utmost urgency so as to protect the interest of the affected students.
Education News non-accreditation OAU