on August 17, 2018
The news that a student of Obafemi Awolowo University OAU has caused serious head injuries to her friend has been going viral on-the- internet for quite some time now . 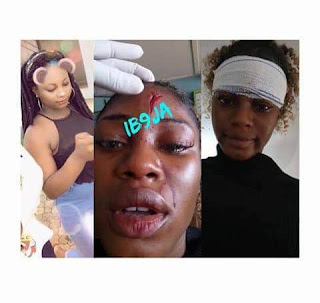 Temitope was reported to have STONED Nifemi with A bottle of roll-on which hit her on the head and led to serious bleeding .
The fight between the duo was said to have emanated as a result of Nifemi advising Temitope to quit smoking.

Contrary to this , Temitope who is the culprit contacted  Newsthrill in the early hours of Friday that the news going viral on the internet is not a true reflection of what actually happened between her and her friend.

While narrating what happened,  Temitope said :

"This is d real story;

My own story is that this girl is my friend, but she travels too much and most times she lies to her mum that she’s with me so I cautioned her about that I didn’t know she was not happy with that until Monday when she told me to follow her to one of her boyfriend's house because she doesn’t want to sleep over there and I followed her.

On getting there the boyfriend offered me weed and Refnol which I said I’d take when I get home, meanwhile the boyfriend collected the weed from my friends cousin before he gave it to me.

I was given 5 capsules of Ref and I was asked to take the amount I want , due to the fact that my friend takes Ref and smokes too so I took 3 at least my friend would take out of it and instantly I noticed the way my friend's cousins face changed and I told him bye but he didn’t reply me then on our way home I threw the weed and ref away because I knew the guy wasn’t happy giving it to me. 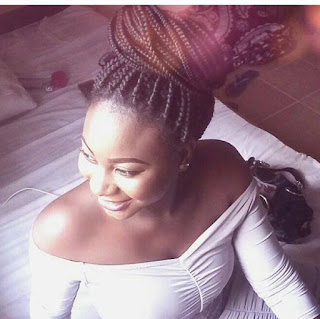 To cut the long story short, the next day my friend told me that the reason why his cousin didn’t respond to my greeting was
Because I took 3 out of 5 Ref and I said why would the cousin be so immature to get angry over Ref, over how much?

And that was what we were saying when my friend accused me of being a prostitute due to the fact that she likes 2 guys that are close to me and am not even dating and I told her to stop she didn’t listen then she was still calling me names and she turned her back to me and I wanted to throw the roll on at her so she could stop talking so she turned and the roll-on met her on d forehead...

She further pleaded "please help me out"

Nifemi who was immediately taken to the hospital after the incident has been discharged has reportedly travelled to Lagos while Temitope who made an appearance at the Moore police station has also been released after putting down her statement.

Temitope  who is a 200level student of the department of history has however urged the general public to discard the fake news going on that she intentionally stoned her friend on the forehead.