on August 03, 2018
The Peoples Democratic Party (PDP) has accused the All Progressives Congress (APC) led federal government of shopping for "a fraudulent" interim court order to declare vacant, the seat of Senate President Bukola Saraki,  following his defection from the APC to the PDP. 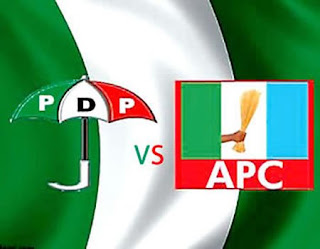 The PDP in a statement yesterday by its National Publicity Secretary, Kola Ologbondiyan said information available to it showed that ‎a cabal in the Presidency and the APC  had perfected plans to institute a lawsuit to challenge the validity of Saraki’s seat with the sole aim of securing a "fraudulent injunction" to force him out of office pending the determination of the substantive suit.

"Further intelligence available to us shows that once they are able to secure the injunction from a particular compromised judicial officer, they intend to arraign and detain the Deputy Senate President, Senator Ike Ekweremadu, on trumped up charges and ensure he is not granted bail so as to keep him out of circulation while their men would move in to effect an illegal leadership change in the Senate.

"While we trust that the Chief Justice of Nigeria will protect the sanctity of our judiciary especially at this trying time in our national history, we call on the institution of the judiciary at all levels to immune itself from being used by enemies of our democracy as no house falls leaving its roof standing.

"This desperation by despotic forces to forcefully and illegally take control of the Senate, the highest symbol of our democratic order, is nothing short of 'civilianised coup' which must be resisted by all.

"The PDP cautioned the APC and others in this evil ring to note that they are now running on a collision course with Nigerians as the citizens will definitely not fold their hands and watch them destroy our hard earned democracy and foist a fascism on our dear nation," the opposition party said.
APC National Assembly News PDP