Ahead of the 2019 general election, the Peoples Democratic Party (PDP) has fixed N12 million for the expression of interest and nomination forms for its presidential aspirants. 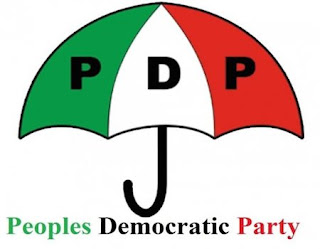 According to the approved schedule for the sale of forms for the party’s primaries obtained, expression of interest form for the presidency costs N2 million, while nomination form goes for N10 million.

Forms for gubernatorial election is to cost N6 million, while senatorial aspirants will spend N3.5 million.

In the same vein, the party said the forms for the House of Representatives and the state House of Assembly will go for N2.5 million and N600,000 respectively.

According to the INEC’s timetable for party primaries for the presidential, governorship, federal and state elections would begin on August 18 to end on October 7, 2018, while that of the FCT Area Council Elections will commence on September 4 to end on October 27, 2018.
Labels: 2019 News PDP politics