"PDP Will Win The Presidency In 2019" Senator Hunkuyi Boasts

The senator representing Kaduna North senatorial zone, Suleiman Hunkuyi, has declared that the ruling All Progressives Congress (APC), would not return to power in 2019. 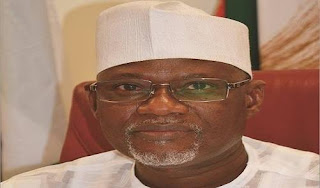 Hunkuyi who recently defected from the APC to the Peoples Democratic Party (PDP) spoke yesterday at a reception for him and other APC defectors at the Kaduna International Trade Fair.

He urged Governor Nasir El-Rufai to use the remaining few months ahead to pack his belongings from the Government House.


Hunkuyi who spoke on behalf of the other APC defectors said the APC has dealt merciless with the electorate who voted them in 2015, saying that it would be the turn of the electorate to deal with the party in the 2019 general elections.

“God gives power but the APC regime in Kaduna and Nigeria have dealt with the electorate and the electorates will retaliate at the right time.

“We don’t insult, but we tell the truth. I am telling El-Rufai to use the remaining time he has in office to pack his things and be prepared to leave Government House.

“We don’t insult, but they will feel pains by the truth we speak” Hunkuyi said.