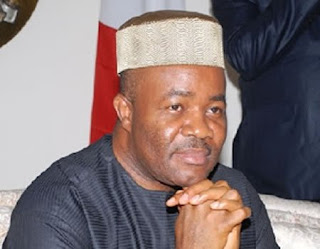 The PDP senator representing a constituency in Akwa Ibom who is also the Senate minority leader, Godswill Akpabio has resigned.

We should recall that the senator who is also a former governor of Akwa Ibom has been romancing some top members of the main opposition party ranging from the likes of president Muhammadu Buhari to Asiwaju Bola Tinubu .


He had earlier meet with vice president Yemi Osinbajo.

Prior to this period,  Akpabio has alleged the people's Democratic Party for failing to address the internal crisis of party within the state and through out the country.