Police Arrest Driver Who Stole 63 Phones From His Customer

A driver, Olasunbo Usibajo, has been arrested for allegedly stealing 63 mobile phones.

Reports learnt that a phone retail outlet, Gloryland Communications Service Limited, Lagos, on June 11 sent a carton of 146 phones through Usibajo to a customer of the firm in Abuja.

It was gathered that the 48-year-old driver opened the carton and allegedly stole 63 of the phones. 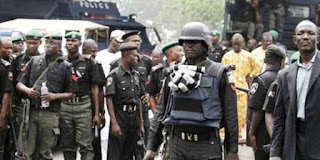 Our correspondent learnt that when the customer collected the goods, he noticed that 63 phones were missing and subsequently called the management of Gloryland Communications Service Limited.

It was gathered that the management went to Ojota Park and allegedly saw one of the phones with Usibajo.

He was subsequently arrested.

Usibajo was on Thursday arraigned before an Ikeja Magistrates’ Court on one count of stealing.

The police prosecutor, ASP Ezekiel Ayorinde, told the court that the phones were worth N250,000.

Usibajo however pleaded not guilty.

The offence was said to have violated Section 287 of the Criminal Law of Lagos State, 2015.

The magistrate, B.O. Osunsanmi, granted Usibajo bail in the sum of N200,000 with two sureties.

The case was adjourned till September 24, 2018.
Labels: News police Theft