Paris St Germain (PSG) began their Ligue 1 title defence in style with a comfortable 3-0 victory over Caen on Sunday, with goals from Neymar, Adrien Rabiot and Timothy Weah. 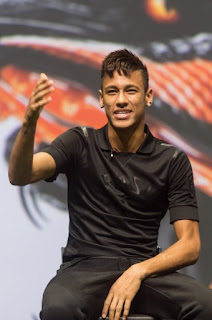 Brazil international Neymar, making his first appearance in Paris since suffering a season-ending foot injury in February, struck in the 10th minute.

Midfielder Christopher Nkunku had ran on to a stray pass from Caen goalkeeper Brice Samba to release the forward.

Adrien Rabiot then tapped the ball into the net in the 35th minute to double the lead with fellow midfielder Angel di Maria providing the assist from inside the penalty area.

Substitute Weah, the son of former PSG forward and Liberia President George Weah, got his maiden league goal late in the match.

The result must be a delight for new PSG boss Thomas Tuchel who took charge of the club for the first time in the league.

The veteran goalkeeper, who joined from Juventus in the close season, made two important saves in the first half.

PSG finished the match with six players on the field aged under 20.

Bordeaux centre back Pablo was shown a red card in the 14th minute of the match for a poor challenge on Strasbourg forward Ludovic Ajorque.(Reuters/NAN)