A professional pilot has died after crashing a plane into his own house following an argument with his wife. 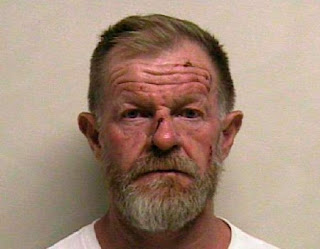 Duane Youd flew the Cessna Citation jet into his £500,000 home in Payson, Utah.

His wife and her son, who were both inside, walked away unhurt.

Investigators believe that Youd, a medical evacuation pilot, took a plane belonging to his employer for the unorthodox mission.

Video posted online shows the house engulfed in flames but later pictures show the building still very much standing and intact. The plane lies entirely shattered and charred on the front lawn.

Sergeant Noemi Sandoval of Payson police said the tragedy unfolded after Youd and wife, Sandy, had been arguing after drinking.

The pair – who had been having marriage guidance – went for a walk to talk but he is reported to have assaulted her at the nearby American Fork Canyon.

Police arrested him on suspicion of domestic violence – the second time in just a few weeks he had been detained on such a charge – and then bailed him.

Youd, a father of a 17-year-old son, requested an escort to go to his home and collect his truck and some belongings around midnight local time, which occurred without incident, Sgt Sandoval said. 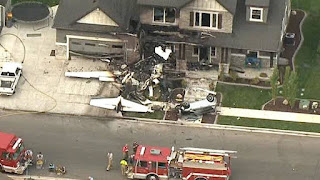 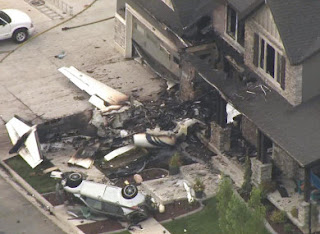 But at roughly 2.30am on Tuesday, he took off from the Spanish Fork-Springville Airport, 15 miles north of his house.
The plane barely missed power lines and other homes as it flew directly into Youd’s own house, Sgt Sandoval added.

The US Federal Aviation Administration and National Transportation Safety Board are investigating.