Sitting For Long Hours May Be Dangerous To Your Brain; See How

on August 19, 2018
Taking a walk every 30 minutes can restore blood flow to the brain when you’re sitting for hours. 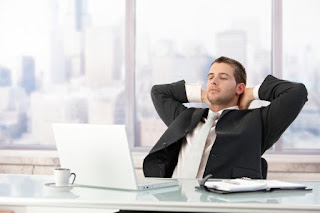 Sitting for hours without moving can slow the flow of blood to our brains, according to a cautionary new study of office workers, a finding that could have implications for long-term brain health. But getting up and strolling for just two minutes every half-hour seems to stave off this decline in brain blood flow and may even increase it.

Delivering blood to our brains is one of those automatic internal processes that most of us seldom consider, although it is essential for life and cognition. Brain cells need the oxygen and nutrients that blood contains, and several large arteries constantly shuttle blood up to our skulls.

Because this flow is so necessary, the brain tightly regulates it, tracking a variety of physiological signals, including the levels of carbon dioxide in our blood, to keep the flow rate within a very narrow range.

But small fluctuations do occur, both sudden and lingering, and may have repercussions. Past studies in people and animals indicate that slight, short-term drops in brain blood flow can temporarily cloud thinking and memory, while longer-term declines are linked to higher risks for some neurodegenerative diseases, including dementia.


Other research has shown that uninterrupted sitting dampens blood flow to various parts of the body. Most of those studies looked at the legs, which are affected the most by our postures, upright or not. Stay seated for several hours, and blood flow within the many blood vessels of the legs can slacken.

Whether a similar decline might occur in the arteries carrying blood to our brains was not known, however.

So for the new study, which was published in June in the Journal of Applied Physiology, researchers at Liverpool John Moores University in England gathered 15 healthy, adult, male and female office workers.

The scientists wanted to recruit people who habitually spent time at a desk since, for them, long hours of sitting would be normal.


The researchers asked these men and women to visit the university’s performance lab on three separate occasions. During each, they were fitted with specialized headbands containing ultrasound probes that would track blood flow through their middle cerebral arteries, one of the main vessels supplying blood to the brain.

Then the men and women spent four hours simulating office time, sitting at a desk and reading or working at a computer.

During one of these sessions, they never rose unless they had to visit the bathroom, which was close by.


During another visit, they were directed to get up every 30 minutes and move onto a treadmill set up next to their desks. They then walked for two minutes at whatever pace felt comfortable, with an average, leisurely speed of about two miles an hour.

In a final session, they left their chairs only after two hours, but then walked on the treadmills for eight minutes at the same gentle pace.

Scientists tracked the blood flow to their brains just before and during each walking break, as well as immediately after the four hours were over. They also rechecked people’s carbon dioxide levels during those times.

As they had expected, brain blood flow dropped when people sat for four continuous hours. The decline was small but noticeable by the end of the session.


It was equally apparent when people broke up their sitting after two hours, although blood flow rose during the actual walking break. It soon sank again, the ultrasound probes showed, and was lower at the end of that session than at its start.

Interestingly, none of these changes in brain blood flow were dictated by alterations in breathing and carbon dioxide levels, the scientists also determined. Carbon dioxide levels had remained steady before and after each session.

So something else about sitting and moving was affecting the movement of blood to the brain.

Of course, this study was small and short-term and did not look into whether the small declines in blood flow to people’s brains while they sat impaired their ability to think.


It also was not designed to tell us whether any impacts on the brain from hours of sitting could accumulate over time or if they are transitory and wiped away once we finally do get up from our desks for the day.

But the results do provide one more reason to avoid sitting for long, uninterrupted stretches of time, says Sophie Carter, a doctoral student at Liverpool John Moores University, who led the study.

They also offer the helpful information that breaks can be short but should be recurrent.

“Only the frequent two-minute walking breaks had an overall effect of preventing a decline in brain blood flow,” she says.

So consider setting your computer or phone to beep at you every half-hour and get up then, she suggests. Stroll down the hall, take the stairs to visit a restroom a floor above or below your own, or complete a few easy laps around your office.

Your brain just might thank you years from now, when you’re no longer tied to that office chair.
Article Health and Fitness