Six People Docked For Cultism And Illegal Possession Of Guns

on August 28, 2018
Six people accused of being in possession of firearms and belonging to a cult group were on Monday docked before a chief magistrate court in Ado-Ekiti. 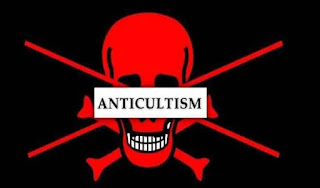 The accused, whose addresses were not stated, are facing a two-count charge of belonging to a cultic group, Aye Confraternity and being in possession of firearms. The prosecutor, Insp. Johnson Okunade, told the court that the defendants committed the offence on Aug. 5 in Ado-Ekiti.

Okunade said the accused had confessed to be members of the cult group.

He said firearms were found in the custody of the accused, adding that the offences contravened Section 4 (i) of the Secret Cult Code and Section 3 (i) of the Robbery and Firearms Act, 2012.

All the accused pleaded not guilty to the charges.

Mr Chris Omokhafe, a counsel representing the accused, urged the court to grant them bail, promising that they would not jump bail.

The chief magistrate, Mr Adesoji Adegboye, granted each of the accused bail of N200, 000 with two sureties in like sum and that one of the sureties must be a civil servant.

He adjourned the case until Sept.19 for mention. (NAN)