Andy Murray has announced that he will not be participating in next week’s Rogers Cup, despite being given a wildcard for the event in Toronto. 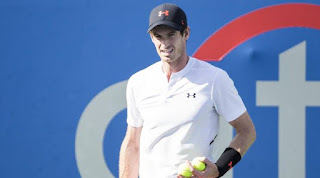 The former world number one has won three long matches at the Citi Open this week, and it resulted in the 31-year-old withdrawing from his quarter-final clash with Alex de Minaur.

Murray has now decided to miss the Masters Series event in Canada next week in order to focus on his preparations for the tournament in Cincinnati the following week.

The Scot is quoted as saying by BBC Sport: “I’m exhausted after playing so much over the past four days, having not competed on the hard courts for 18 months.

“I also need to be careful and to listen to my body as I come back from a long-term injury.”


Murray will return to the world’s top 400 next week after reaching the last eight in Washington. 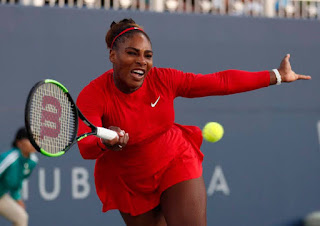 With Serena Williams’ withdrawal, Tatjana Maria of Germany bypasses the qualifying event to take the American’s spot in the main draw. In the first round, she is up against Alizé Cornet of France.
Labels: News Sport Tennis .