on August 13, 2018
Former White House staffer and TV celebrity Omarosa Manigault Newman has released a recording of a private conversation with President Donald Trump after she was fired. 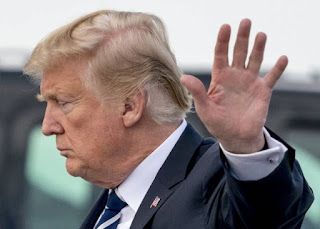 NBC’s “Today” program played the brief recording, in which Trump claims to have had no knowledge that she was sacked by chief of staff John Kelly, and expresses regret at the news.

The recording is the latest volley from the disgruntled 44-year-old, once an ardent Trump ally, and represents another stunning breach of trust.

It also appears to show a president who has little knowledge of what is happening inside his own White House — or who is willing to lie to avoid confrontation.

“Omarosa? Omarosa what’s going on? I just saw on the news that you’re thinking about leaving? What happened?” he said, apparently unaware she had already been fired.

“Nobody even told me about it,” Trump is heard saying.


“You know they run a big operation, but I didn’t know it.”

He continues: “I didn’t know that. Goddamn it. I don’t love you leaving at all.”

Trump has already branded “Omarosa” — as she is commonly known — a “lowlife” after she released a recording of her firing by Kelly, seemingly recorded in the White House Situation Room.

Trump came to office vowing to hire “only the best people” — but has struggled to put a lid on leaks, backbiting and scandal inside his White House.