The Writer Of ‘Sizwe Banzi Is Dead’ Winston Ntshona Is Dead

on August 05, 2018
South African playwright, actor and anti-apartheid activist Winston Ntshona has died at the age of 76. 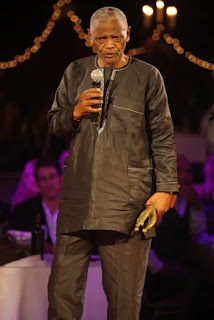 According to Times Live,  the Tony award winning playwright had been ill for the last 8 years

Speaking on his passing, his son Lawula said: “Thus far we are just reeling in shock but we are coming together as a family.”

Ntshona has won numerous awards for his contribution to theatre‚ including the prestigious Tony Award in 1975 for writing and acting in ‘Sizwe Banzi Is Dead’.
lifestyle News