on August 05, 2018
All efforts to obtain the admission status of Davido’s girlfriend, Chioma Rowland, from Babcock University have proved abortive. 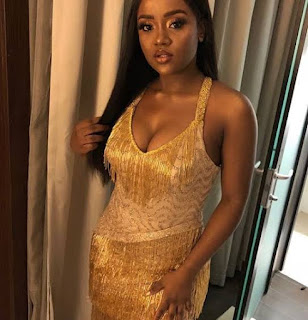 Reports emerged recently that Chioma’s parents were unhappy that their daughter had decided to jeopardise her education for a romance with Davido. It was alleged that she had dropped out of school following her struggle with her studies.


When Sunday Scoop contacted the school’s Director of Communications and Marketing, Joshua Suleiman, he said it was not possible for him to know every student in the school.

He stated, “I don’t know the person; you know I cannot know every student. But I can give you the number of the students’ development staff; I am not sure they will also know her unless they find out. I manage the school’s information, but we have about 10,000 students. Even lecturers don’t know all the students in their class.”

The Associate Vice-President, Students’ Development, Dr. Williams, who Joshua said was in the best position to have Chioma’s details, also directed Sunday Scoop to the Registrar’s Office. She stated, “It is only the registrar that can give you such information. If you go to our website, you will find their phone numbers there.”

Upon calling a number found on their website, a young woman who identified herself as Funke, confirmed Chioma as a student at Babcock University. She said, “Oh, Chioma! The girl dating Davido! She is our student, but the person to give you more information about her is not here. I will give you the director of communications’ number (Joshua). He is in the position to tell us to give out the information you need.”

The director of communications later insisted that he would make inquiries and get back, but he didn’t. He said, “Someone has told me they know her, but I will like to find out her department. I don’t know whether she is still a student or not. When I find out before the close of work today, I will let you know. Like I said earlier, I don’t know if there is anyone by that name in the university.”