on August 05, 2018
Vector Until recently when he was cast with female singer, Seyi Shay in a new movie, Lara and The Beat, that was lavishly premiered  some weeks back in Lagos State, not many people knew what Nigerian rapper, Vector had been up to. 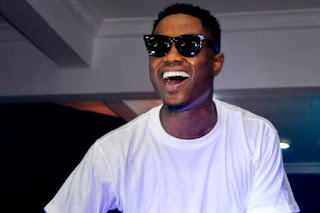 The news of his silence on the music scene, where he once held sway as one of the most respected rappers that gave many people a new rap dimension, did not go down well with his fans.

While he was away working on what he described as ‘new projects’ as he would revealed during an exclusive interview with R last Wednesday in Lagos, new rap acts emerged and it seemed his time was up with music.

Those who have been wondering what Lafiaji singer had been up to, may have finally forced the rapper to break his silence on what has kept him busy as he revealed that some of the projects he had been working on would not afford him the time to venture into other things.

The award-winning rapper said he had used the last few months of his time to focus on projects that would soon be made public, one of which was his first movie appearance, which was produced by Biola Alabi.


Vector said he had assumed a level in his career, where he would need to keep his attention on things that mattered to his life, one that was capable of projecting him as not just a musician but a serious minded individual who must be seen to be doing things that would impact lives in a positive way.

“I really don’t want to say I have been quiet because I have actually worked harder than I used to do. At this time in my career,  music is not only my focus. There are other commitments that take my time and energy.

I am sure many people were shocked to see me and Seyi in starring in a movie. In a matter of months, there may be more shockers as I would unveil new projects,” he said.
Entertainment News Vector