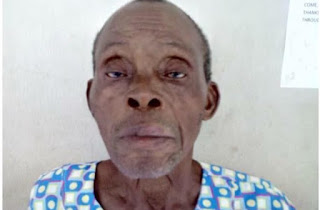 The Police Public Relations Officer in the State, Abimbola Oyeyemi, said Tugbobo was arrested after one John Oru, a resident of 10, Ondo road Ijebu-Ode and the father to one of the affected girls, lodged a complaint with the police.

Oru reported that the suspect, who is a co-tenant in the same house, had carnal knowledge of his seven years old daughter.

“He stated further that it was their landlady who caught the suspect right in the act and informed them.

It was when the landlady was informing them that the other girl who is eight years old also accused the man of having done the same thing to her earlier.

Upon interrogation, the suspect confessed to the commission of the crime. He also admitted that he lured the two minors to his room with mince pie at different times where he had carnal knowledge of them.

The two victims have been taken to Ijebu-Ode general hospital for medical examination.”