APC Lawmaker Reveals How Sen. Adeleke Was Stopped From Having Total Victory

Abdulmumin Jibrin, an All Progressives Congress (APC) member in the House of Representatives, has said the ruling party would have lost the Osun governorship elections outright if Senator Iyiola Omisore didn’t decamp to the Social Democratic Party (SDP). 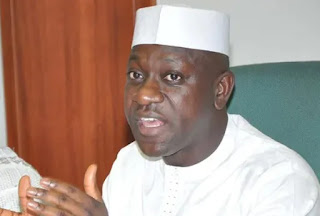 Jibrin also admitted the way the election went should be a wake-up call for the APC.

Ademola Adeleke, candidate of the Peoples Democratic Party (PDP), polled 254,699 ahead of Isiaka Oyetola of the APC who had 254,345 votes.


The election was declared inconclusive by the Independent National Electoral Commission (INEC) on the ground that the number of cancelled votes: 3,498, exceeded the difference between the two leading parties which is 353.

INEC has fixed Thursday for a rerun in the areas where the votes were cancelled.

In a tweet on Sunday, Jibrin said he is humbled by the outcome of the election.


“I must confess the Osun outcome has humbled me irrespective of who wins the rerun! So it is in order to say if Sen Omisore did not decamp to SDP that pulled 128, 049 votes, PDP would have had an outright win?

“This must be a wake up call for APC to avoid being victim of complacency,” the lawmaker tweeted.
Labels: Adeleke hunting News osundecides politics