on September 27, 2018
The All Progressives Congress, APC has taken early lead as results of Osun gubernatorial election conducted on Thursday being to roll in. 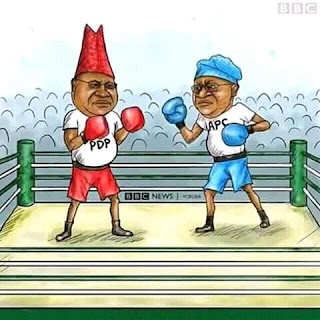 Adeleke Rejects results .
The Peoples Democratic Party governorship candidate, Senator Ademola Adeleke, has rejected the results of the rerun election even before the official announcement.
The candidate announced the rejection of the poll results in a statement issued on his behalf by the spokesperson for the Adeleke Campaign Organisation, Mr Olawale Rasheed.
The PDP candidate vowed to seek legal redress in court, saying the exercise was brazenly rigged.
Adeleke said the PDP supporters were harassed, intimidated and prevented from voting in some of the units while describing the exercise as a sham.
The statement read, “We report to the whole world the brazen theft and daylight swindling of Osun people who were criminally denied their rights to vote and be voted for by an anti-people conspiracy among INEC, security agencies and the ruling All Progressive Congress. An unprecedented travesty of justice and the shattering of democratic values are ongoing in Osun state.