"Electricity Supply Will Be 24hours If Buhari Enters For Second Term"

on September 12, 2018
Minister of Transportation Rotimi Amaechi has said Nigerians will enjoy 24 hours electricity if President Muhammadu Buhari is re-elected. 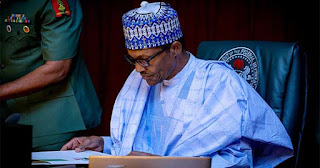 He said the Buhari administration has achieved a lot in security, road, war against corruption and so on.

The minister, who spoke yesterday during an interactive session with the media, said the government was tackling killings associated with herdsmen,

Commenting on why Buhari and the APC government deserved a second term, Amaechi said: “Nigerians have taught me a lesson I learnt in politics and that is why nothing bothers me again.

The people praising you today, if you see them when you are out of power, you will be shocked. Those singing hallelujah and hosanna will still be the same people to shout crucify him tomorrow.


“We have done much more than transport. In terms of corruption; this economy was a rent economy. Public money was spent anyhow and it was an economy that was not worked hard for.

This is why you see politicians today very rich and one year after government, they are poor. They are like that because they don’t know how to manage the money.

There is also an improvement in power. We have moved from 3000megawatt to 7000, but we are distributing 5000 because some of the infrastructures are not in good state. But we are fixing them.

“The expectation is that it should be 24 hours power supply, but there will still be a gap. But if you give us a second term, that gap will be closed.”
Amechi APC Buhari News politics