Employee Burns Employer's Credentials Because He Refused To Increase His Salaries

A Kubwa grade 1 area court, Abuja, has sentenced Abubakar Hussaini, a store keeper, to 12 months imprisonment for burning the credentials of his employer who refused to increase his salary. 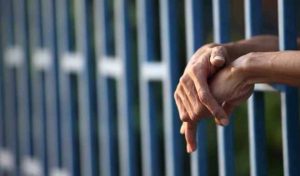 Hussaini said the complainant, Jack Jiang, a Chinese, promised to increase his salary, but failed to do so.‎
Hussaini who pleaded guilty to charges of criminal trespass, mischief by fire and theft, begged the court for leniency.

Abdulwahab Mohammed, the judge, however, sentenced Hussaini to 12 months imprisonment, but gave him N20,000 option of fine.

He also warned Hussaini to be of good behaviour and to also desist from committing crime.
The prosecutor, John Okpa, had told the court that Jiang reported the matter at the area command, Life Camp, Abuja on August 26.

He added that Hussaini burnt the complainant’s credentials, an act which contravenes sections 348, 336 and 288 of the penal code.