Father Explains Daughters Pregnancy 'I Only Knacked Her Twice'

A father who impregnated his 15-year-old biological daughter has sought to justify the act by claiming he fell in love with the second year Junior High School (JHS) student. 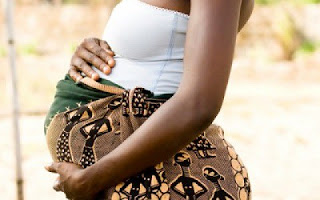 According to the Okada man-father whose identity has been concealed by the security agencies, he only had sex with his daughter twice resulting in the pregnancy offering to marry her as a second wife; a move that has been described as sacrilege and resisted by the immediate family.


A report captured the man revealing to the police how he committed the dastardly act.

Sometime in June 2018, my wife informed me that my daughter was pregnant after which we both called her to ask who was responsible for the pregnancy.

She did not say anything, but I knew that I was the one who impregnated her and it happened in June. I fell in love with her and had sex with her two times.”


The victim claims she was on the two occasions raped by the man but threatened not to reveal her ordeal to anyone lest would be severely dealt with.

While I was doing the house chores, my daddy brought out a wire and started beating me. As he was beating me, he ordered me to sit on the bed and remove my pants.


I initially refused, but as he continued beating me, I obeyed him and he raped me. As I was shouting, one of my neighbours came to knock on our door, but he told him that he was punishing me.

“After the sex, he told me that I should not tell anybody. He was the one that washed the clothes I was supposed to wash that day while I slept. After some time, I woke up and took my bath. I did not tell my stepmother anything.

“Then in July 2018, before we started our examination, my stepmother said I should not go to school. My dad went out in the morning and came back in the afternoon.


As of then, I was sleeping on the bed. I suddenly noticed that someone laid on me. Before I knew it, he had sex with me again, making it twice. He still warned me not to tell anybody what happened between us.”

She continued “When my stepmother reported to my daddy that I looked pregnant, he said I should lie to her that I was raped by someone in a hotel. My stepmother continued disturbing me and made me do a pregnancy test . She told me that I was two months’ pregnant. When everybody on the street became aware that I was pregnant, I decided to tell my stepmother the truth”